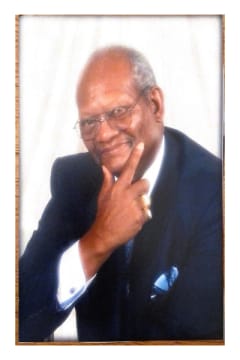 The Obituary Rev. Fred L. Huff was born on July 18, 1940, the fourth child of eleven to the parentage of the late Deacon David Huff, Sr. and Ella Williams. At an early age, he showed sign of greatness, learning many life lesson from the wisdom and guidance of his parents. It was their stern hand and standards that helped mold the man he became. It was instilled in him that “If you had a kindness shown, pass it on and to let his eyes see beyond the surface to look for the good in everyone.” Growing up in (Green Pastures) East Gadsden, Alabama he joined First Baptist Church of Green Pastures, He attended Sunday School, B.T.U., sang in the choir, and participated in Vacation Bible School. He graduated from Carver High School in the Class of 1958. He joined the United States Air Force where he served four years during the Vietnam Era. He was a Veteran. Preaching was his passion, but he also was a gifted psalmist. He received his calling into the ministry in July of 1967. His first public sermon was preached at Mt. Calvary Baptist Church, Attalla, Alabama where he later joined under Reverend W. H. Granger. He pastored his first Church, Mt. Zion Baptist Church, Asheville, Alabama a couple of months later. He preach over forty-seven (47) years and served as Pastor of the following Churches. Mt. Zion Baptist Church, Ashville, Alabama (2 years), Friendship Baptist Church, Attalla, Alabama (13 years) and Macedonia Missionary Baptist Church (33 years) all while working forty-one (41) years at Republic Steel/Gulf States Steel prior to his retirement. He prioritizes his family unit as an essential element in life and a great source of inspiration. His family was the essence of who he was – they showed a distinct characteristic of the strength and the love that is a priceless gift given from God. Before leaving off to the service he met the love of his life of whom he leaves to cherish his memories, Kattie Jean Hill, they were married on May 1, 1963 and were blessed with 6 Sons. Sons, Kelvin Bernard (Marchantinita), Atlanta, Georgia; Frederick Todd (Paul Leath), Lithonia, Georgia: Reginald Lynn (Frankie), Zachary Andre (Jennifer), Shawn Everett (Marchelle), Dana Jermaine all reside in Gadsden, Alabama; Brother; Joseph (Francis) Sister, Ella Mae Hill, both from Cleveland, Ohio; Sister, Paralee (Charles) Coleman, Fayetteville, NC; nine grand-children; five great-grand-children, numerous nieces, nephews, and other relatives and friends

Due to COVID-19, masks are required at both public visitations and the funeral service.

Send flowers to the service of Rev. F. L. Huff