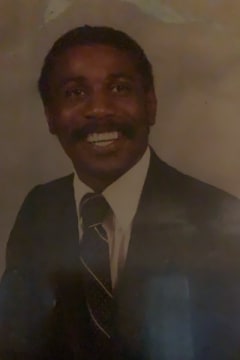 My spirit is broken, my days are cut short, the grave awaits me. Surely mockers surround me; my eyes must dwell on their hostility : Job 17:1-2

A Time To Be Born

Albert Smith was born February 24,1951 to the late Mary Smith and Moses Fry in Fayette, Ms.

A Time To Plant

Reverend Albert Smith confessed his belief in Christ at an early age and was baptized at Rose Hill #2 Church under the leader-ship of the late Reverend Robert Thompson. Albert spent his formative years in Jefferson County where he attended High School and later went to Job Corps in Crystal Springs, Ms. Shortly afterwards Albert moved to Chicago Illinois and started a family with Willie Mae Gaines. To this union six children were born. Albert and his family relocated to Fayette, Ms. where he began preaching and became an Ordained Minister of Rose Hill # 2 Baptist Church. In his spare time he loved to study, write sermons, sing, and crack jokes.

Later in life he met Theresa Catchings and were married in 1999. She was a loving and devoted wife until the end.

A Time To Die

God looked down from his heavenly throne and saw the precious flower he created named Albert was wilting. He plucked this precious flower for his eternal bouquet on Tuesday, September 8, 2020 at 5:05 am at Merit Health Medical Center.

A Time to Mourn

Send flowers to the service of Albert Smith