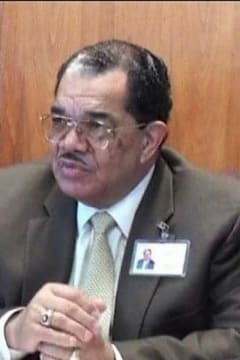 Whoever is kind to the poor lends to the Lord, and he will reward them for what they have done. Proverbs 19:17

The birth of Marvin Hogan to Nina Murphy Hogan and Willie Hogan in Waynesboro, Mississippi on August 29, 1938 blessed their lives and stirred the elements of the universe. There was a knowing that a quiet thunder was unfolding that would be a force for fundamental changes in the lives of many people who were yet unborn. The dash between his birth and his transitioning to his eternal home on November 6, 2021 was filled with impactful, relevant moments.

As the son of school teacher, education was always an important part of Marvin’s personal growth and development. He received his elementary and secondary education in the public schools of Wayne County, Mississippi and earned his high school diploma from Riverview High School. He began his college education at Tougaloo College with the support of a football scholarship and during his first year, the college’s football program was discontinued. Without scholarship aid, the cost of college was beyond Marvin’s reach and he transferred to Rust College where he completed his undergraduate education. He later studied management at Texas Tech University and completed his graduate education at UCLA’s John E. Anderson School of Management.

He began his professional career as a history teacher and head football coach at Rosa Scott under the tutelage of Dr. H.T. Drake who was the principal at the time. After several years, he joined the teaching and coaching staff at Coahoma Community College in Clarksdale, Mississippi. It was during this phase of his work that his father summoned him to Jackson, Mississippi to help establish what is now Friends of Children of Mississippi, Inc (FCM). He accepted and stepped into history, as he embraced his professional calling. He served as the CEO/Executive Director for 53 years before he retired on March 31, 2020, and developed FCM into an award-winning program with unparalleled national recognition.

This was his defining moment as he began his lifelong commitment to obliterating generational poverty through education and compassionate partnerships with families and community. Throughout his career, he used his positional ladder of influence to stimulate growth in minority businesses by opening doors of opportunity for many aspiring entrepreneurs. And in 1994, he established the Self Sufficiency/Empowerment and Micro Enterprise Development Project and assisted in developing nearly 300 small businesses in the 15 counties in which FCM operated. His visionary leadership guided FCM to become a Small Business Administration Non-Profit Micro-Loan Intermediary Leader for the State of Mississippi. Marvin Hogan was a sports enthusiast. After his coaching career ended, he became a football and basketball referee, with the Gulf Coast Athletic Conference (GCAC) and South Western Athletic Conference (SWAC). This was an advocation he enjoyed for thirty years or more. He approached his role as a referee with a sense of commitment, discipline, accountability, civility and control while on the court. Among his greatest rewards as a supervising official and referee was the opportunity to bring other individuals into this arena which had not been open historically to African Americans or women.

As much as Marvin loved his vocational and advocational work, he also loved his family and found joy and fulfilment spending at-home time with his immediate family. He was a supportive husband, a hands-on father and loving grandfather. As well, he was an involved and supportive uncle to his nieces and nephews. His professional and personal values were in alignment because he allowed God to order his steps.

Marvin Hogan accepted people as they were, allowed them to be what they wanted to be, assisted them in being the best they can be and encouraged them to cast aside doubts and accept success and empowerment which were within their reach.

On Saturday, November 6, 2021, at 7:03 a.m., surrounded by his beloved family, the country boy from Waynesboro, Mississippi, (as he described himself) who only wanted to make a difference in the lives of children and families, accepted his highest calling and is now walking around heaven in the presence of our Lord.

In the same way, let your light shine before others, that they may see your good deeds and glorify your Father in heaven. – Matthew 5:16

Send flowers to the service of Dr. Marvin Hogan