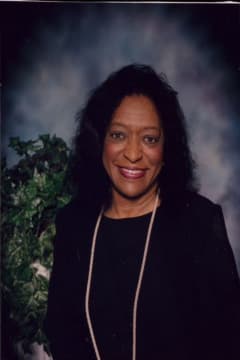 She graduated from Rosa A. Scott High School in Madison, Mississippi. She then went on to receive her Bachelor of Music Education/Voice Degree from Jackson State University in Jackson, Mississippi. She also received her Master of Music Education and Performance degree from Southern Illinois University in Edwardsville, Illinois.

Laurrean began teaching music in Sunflower County and the Jackson Public School System, where she held the position of Music Instructor, as well as Choral Director, at several Junior and Senior high schools in the Mississippi area. Laurrean then went on to serve as Choral Director of Music at Lansdowne Junior High School in East St. Louis, Illinois, for 25 years. She transitioned to East St. Louis Senior High School and became the Chairman of the Fine Arts Department and Director of Vocal Studies for the remainder of her career as a teacher. In 2006, she retired as the Instructor of Voice/Choral Music and Music Theory from the School District 189 of East St. Louis, Illinois, with 38 years of teaching service. In 2008, she moved to Snellville, Georgia, to be closer to immediate family and her only grandchild, which she called her “heartbeat”.

Laurrean performed classical works, pop songs, and light gospel music for concerts, banquets, weddings, churches, and civic affairs. She was a member of the St. Louis Symphony Chorus for 13 years and several opera companies- Opera South of Jackson, Mississippi, and the Midland Repertory Theatre in Alton, Illinois. She was the Director of the Allen Singers in Alton, Illinois, for 17 years. She has received numerous awards and recognitions such as numerous first place State Solo/Ensemble Vocal contests and choral contests, she was Vocal Music Teacher of the Year, and she was voted Most Outstanding Classical Music Vocalist for 15 years. Laurrean was a formal member and Minister of Music at Salem Baptist Church, in Alton, Illinois. Later in her journey she became a member of Mt. Joy Baptist Church, where she served as Director of Choir. When she moved to Georgia, she became a member of Pleasant Hill Baptist Church in Lawrenceville, GA. Laurrean was a member of NCNW (National Council of Negro Women), TLOD (Top Ladies of Distinction), MENC (Music Educators National Council), and AKA (Alpha Kappa Alpha Sorority, Inc.).

The service to celebrate the life of Laurrean Johnson Mike will be held on Saturday, May 28, 2022 at 21:00 AM, at Pleasant Hill Baptist Church, Lawrenceville, GA. The family will receive friends on Friday, May 29, 2022 from 5:00 PM until 8:00 PM at Tom M. Wages Snellville Chapel, Snellville, GA.

Due to COVID-19 regulations, our staff is committed to taking care of our guests and families that we serve. The family asks all guests and family members attending visitations and services to please continue social distancing and to bring and wear a mask.

Send flowers to the service of Laurrean Johnson Mike