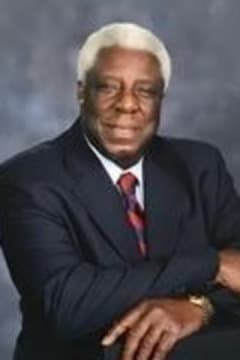 Augusta, Georgia—Colonel (Ret.) Harvey R. Fields, Sr. was called into active duty on March 22, 1936 in Appling, GA and fulfilled his tour of duty on Sunday, June 7, 2020 at his home in Augusta, GA. Colonel Fields grew up in Augusta, GA and was educated in the Richmond County School System, graduating from the historic Lucy Craft Laney High School in 1954.

After graduation from Laney, Harvey Fields attended South Carolina State University where he earned a bachelor of science degree in biology and chemistry in 1958 and served as Cadet Colonel in his senior year. Upon graduation, Harvey was commissioned as a Second Lieutenant, Infantry in the United States Army via ROTC from South Carolina State University.

Harvey continued his education during his military service, and he was a graduate of both the Command and General Staff College and the Army War College. Harvey also earned a master's degree in Public Administration from Shippensburg, PA. A consummate military professional, Harvey would become qualified as Ranger, Airborne, Special Forces/Green Beret, Counter-Insurgency, Pathfinder and Intelligence, and he would complete the Infantry Officer Advanced Course and the Inspector General Course, among others.

In August, 1967, Harvey commenced a memorable and highly successful tour as Battalion S-3 (Operations Officer) for Task Force 1/22, 4th Infantry Division, South Vietnam. This tour was highlighted by his leadership role in the Tet offensive of January 1968. As Battalion S-3, Harvey planned a highly successful four-day operation which resulted in his battalion's recapture of the provincial capital of Kontum and destruction of the North Vietnamese regiment which occupied it. In addition to his planning role, Harvey personally participated in the air assault on the city. Harvey was highly regarded for his leadership of troops in the field. His West Point trained first officer, Major (Ret.) Fred Bothwell, recently stated, "…I remember the events of 30 Jan 1968, and I am proud to have served under your command on that occasion. The leadership ability you demonstrated then, and during all of our service together, was an inspiration to me and to all of those who served with you." Harvey was awarded the Bronze Star with "V", device for valor, for his performance during the Kontum Operation.

Harvey's Infantry career included his assignment in 1972 as Battalion Commander for the First Battalion, 48th Infantry, 2nd Brigade, Third Armor Division, Federal Republic of Germany. At the end of his tour, the Battalion was designated the number 1 Infantry Battalion in the division.

After retirement, Harvey returned to Augusta, GA to commence his transition into civilian life. Harvey successfully completed the training to be certified at the Sales I, II and III levels in Real Estate. Harvey maintained membership, in good standing, with the Greater Augusta Association of REALTORS and maintained his license with the State of Georgia Real Estate Commission. Harvey worked for Jim Courson Realty for many years. Harvey continued to excel and earned the achievements of being named top sales agent and top listing agent during his time with Jim Courson Realty. Harvey was an avid supporter of the Marine Corps Toys for Tots drive, and championed this effort for Jim Courson Realty. Later, Harvey would establish his own independent real estate practice providing essential services to the community. Harvey was a long-term member of the Mount Vernon Baptist Church, where he served as a Deacon; as Superintendent of Sunday School, in this role also coordinating and directing Vacation Bible School; and as Midday Bible Study Teacher. Harvey's in-depth bible study preparation, teaching methodology and delivery style was of such reputation that not only did members of Mount Vernon attend, several members of other CSRA churches attended, as well. Harvey was sought out as a speaker for church and community programs observing Veterans Day, Memorial Day and Flag Day. Harvey was involved with several veterans' service organizations, including the Veterans of Foreign Wars (VFW) and American Veterans (AMVETS) organizations. Harvey continued to be active in his church and community until his health started to decline. Ultimately, Harvey answered the call of his Lord and Savior Jesus Christ and entered into rest.

Colonel Fields will be interred at Arlington National Cemetery in Arlington, VA. The ceremony at Arlington will be recorded. Soon afterwards, the family will host an on-line Memorial Service which will include a viewing of the Arlington internment ceremony. Please contact Dr. Mark A. Fields (mark.fields@me.com) or Dr. Harvey R. Fields, Jr. (hrfields@wustl.edu), for additional information about the on-line Memorial Service.

Send flowers to the service of Harvey Fields Sr.