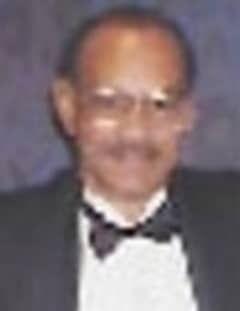 Aiken , SC—Joseph Bertha Williams entered into rest on Saturday, November 2, 2019 at his residence, Woodside Plantation, Aiken, SC. He was born April 17, 1941 in Augusta, GA to the late Mr. and Mrs. Bertha (Rubena) Williams.

He attended the public schools of Richmond County and graduated from Lucy C. Laney Comprehensive High School in 1959 with Honors. In high school he excelled academically in science and mathematics. He was an active member of the boy scouts for many years where he earned the Eagle Award, the highest award in scouting.

After high school graduation, Joe was selected by the National Science Foundation, from more than 300 students, to attend North Carolina College (North Carolina Central University), Durham, North Carolina. Joe was one of thirty students selected to enhance their scientific talents. Following this experience, he enrolled in Howard University, Washington, DC., where he was awarded a Bachelor of Science degree in Mechanical Engineering. After graduation, he started his career with the Navy Department as a true rocket scientist. He became an agency director at the age of thirty where he was responsible for project management, manufacturing and testing of Navy rockets and guided missiles, including the Sidewinder Missile, a heat seeking missile.

After fifteen years, Joe was selected to serve on the staff of the Under Secretary of Defense for Intelligence. As a Pentagon staffer, he was co-founder of a new agency that was responsible for developing such technologies as Global Positioning System receivers (GPS), Iris Recognition Technology for personnel recognition, laser devices, robots and computer software technologies for the Intelligence community. He worked closely with a variety of intelligence agencies including the FBI, National Security Agency, Defense Intelligence Agency, Central Intelligence, and Secret Service. He was also active in the country's counter-terrorism program years before the unfortunate events of 9/11.

In 1998, after retiring, Joe moved to Aiken, SC. In Aiken he served as a member of the Aiken Airport Commission and Schofield Middle School Council. For enjoyment he played golf, wrote and published Pleasures Remembered, an biography of his life, Land We Lived, the history of Blacks in Columbia County from 1770 -1940, and with the help of the Dent family in Columbia County, GA he wrote Mountain Climbed, which traced the history of the Dent family.

Send flowers to the service of Joseph Williams