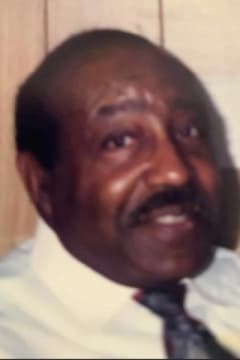 Mr. Fred Stallings, Jr., was born in Augusta, Georgia, on December 20, 1936, to the parents of Fred Stallings, Sr., and Eva Ida Banks, during an era of southern segregation. He accepted Christ as his personal Savior at an early age. God graciously called him home on Saturday, January 30, 2021. He was an active member of Moses Baptist Church and served in various leadership positions throughout his spiritual life.

Fred graduated from Immaculate Conception, Catholic School. After graduation he attended and graduated from Paine College with a teaching degree in history. Pursuing his love of education, Fred went on to attend South Carolina State College, Orangeburg, SC and obtained a master’s degree. His pursuit of education continued, and he enrolled and completed an advanced teacher certification in education from Tuskegee University in Tuskegee, Alabama.

Fred Stallings was a son, friend, father, mentor, leader, husband, political activist, a man of GOD, and a true believer. An excerpt from a poem composed by the poet Langston Hughes best summarizes his journey of life. I’ll tell you: Life for me ain’t been no crystal staircase… And sometimes required goin’ in the dark, Where there ain’t been no light… Working as an educator in the segregated south was difficult but Fred Stallings and a legion of black educators educated our youth and prepared them for a productive future.

Fred leaves to cherish his memories, his wife Frederick Ann Stallings, and a blended family to include:

Send flowers to the service of Mr. Fred Stallings, Jr.