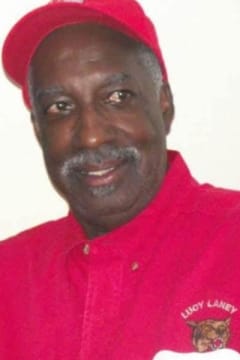 Hephzibah, Georgia - Mr. Freddie Allen Lewis was born September 7, 1943 to the late John Willie and Estella Ramsey Lewis of Harlem, Georgia. Freddie departed his earthly home on Friday, October 16, 2020. Freddie received his early education from Richmond County where he attended Ursula Collins Elementary and graduated in 1963 from Lucy C. Laney High School, Augusta GA. At an early age Freddie was baptized at Good Shepherd Baptist Church under the Pastoral Leadership of Rev. Essie McIntyre. He joined Shiloh Baptist Church while living in Connecticut. There he served as a Doorkeeper in the House of the Lord.

Freddie and Ruthie were united in marriage in 1964. This marriage welcomed a daughter, Leslie Faith in 1973.

Freddie and Ruthie left Georgia and moved to New Haven, Connecticut. He was employed at Superior Pool Table Factory and later at Pratt and Whitney Aircraft. While at Pratt Whitney he worked on the assembly line creating parts for the 747 Jet Series. In 1966, Freddie was drafted into the U.S. Army. He completed his Basic Training at Fort Gordon, Georgia. He was reassigned to attend Quarter Master School in Fort Jackson, South Carolina and then Advance Quarter Master School in Fort Lee, Virginia. After Quarter Master and Advance Quarter Master Training, Freddie was sent to Aschaffenburg, Germany as Supply Sergeant. In 1968, he was Honorably discharged from the Army. In 1969, Freddie became employed at Marlin’s Firearms, where he worked for 15 years. After living and working for several years in Connecticut, Freddie with his family, returned home to Augusta, Georgia. Freddie sought employment in Richmond County and worked for Richmond County Board of Education and Augusta Parks and Recreation Department. He enjoyed working at Carrie J. Mays Community Center and the CSRA EOA Head Start. Freddie had many hobbies to include bowling, planting vegetable gardens and lawn work (where he loved harvesting and eating pecans).

A private service will be held for immediate family. However, family and friends are invited to join online thru Facebook https://www.facebook.com/whmaysmortuaryaugusta

Send flowers to the service of Mr. Freddie Allen Lewis