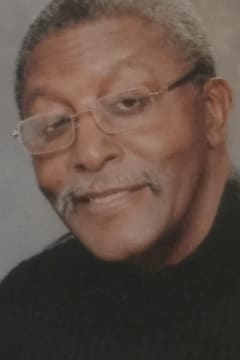 Funeral services will be private.

Joe was born January 2, 1940 in Bolivia, NC . He was one of six children born to the late Wheeler Harm Rourk and Carrie Mae Cox Rourk. His siblings, Mary, Helen Dean, Maurice, Della Marie, Carolyn and Dale were brought up in a warm, loving environment.

During his youth he spent summers swimming, fishing, shrimping, and harvesting oysters under the watchful and loving eyes of his aunts and uncles while also working on the family tobacco and cotton farm.

His father, Wheeler, was a cook in the Navy which meant the family moved to various cities in the South. Wheeler’s career took them to Wilmington, NC, Texas then to Langley AFB in Hampton, VA where the young family settled.

After Joe graduated from George Washington Carver High School in 1959, he attended St Augustine College in Raleigh,NC on a full athletic scholarship. It was here, in 1962 that he was pledged into his beloved brotherhood, Omega Psi Phi, Fraternity, Inc. Kappa Epsilon Chapter. He later graduated with a BA in Liberal Arts education in 1964. It was at St. Augustine College that he also met and married Theora Mitchell in 1965. To this union, a son, J'Von Marcelle Rourk was born.

With a lifelong commitment to health, Joe moved to Atlanta pursuing a career in sports and physical education. Shortly thereafter, he moved to Augusta, GA to begin a long civil service career at Ft. Gordon. During his career at Fort Gordon, he was a Sports Specialist and Nautilus Instructor at the main training facility.

Additionally, he was the first African American Golf Professional at the base golf course. After retiring in 1993, he began a second career as a campus police officer at Paine College. Joe possessed an extremely strong work ethic and also enjoyed a career as a bartender and small business owner.

After moving to Augusta, a loving relationship produced his daughter, Carla Murray.

While in Augusta, he met and married Amy Cooper Rourk in 1971. To this union two girls were born, Toi and Tyree. Joe and Amy were married until she preceded him in death in 2012. For Joe was quiet but when he spoke it was always full of wit and wisdom. He always had a kind word and smile for everyone who crossed his path. He could also crack a joke which would leave the entire room laughing. Known as a peace-maker, he could easily neutralize a tense situation with his calm demeanor and advice. As a country boy at heart, he maintained a garden in Harlem, GA with friends and loved to cook what he harvested. He loved his family and would hop in that infamous navy blue Volvo to take a road trip to North Carolina or Virginia for a quick visit. Joe loved a good time and had a wide circle of friends. However, the closest were his beloved social group, The Southside 13.

Joe believed in mentoring and helping others. He was a Trustee at Good Hope Missionary Baptist Church where he served faithfully for many years.

Send flowers to the service of Mr. Joe Louis Rourk