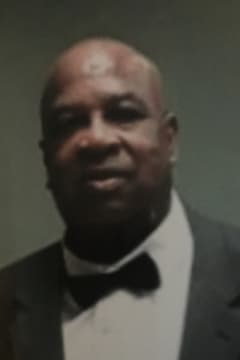 John Henry Thomas was born on July 8, 1958, to the late Clarence Thomas and Rosa War Thomas. He was the seventh of eight children born to this union. He grew up in the downtown district of Augusta, Georgia. He was preceded in death by his sister, Betty Jean Thomas. At the age of ten, he joined Harmony Baptist Church in Augusta. As a teenager, John later began attending Galilee Missionary Baptist Church. He became a member under the pastorage of Reverend Sheldon Cooper. He enjoyed helping with any of the ministries that needed assistance.

John attended the Richmond County School System, graduating from the Lucy C. Laney Comprehensive High School, Class of 1976. Many knew John by the nicknames, “Red” and “Johnny Red” - being a popular Drum Major for the Pride of Augusta Marching Band. He furthered his education by later attending the Georgia Department of Corrections Peace Officers Training Academy and became a certified Correctional Officer. He was an Officer at the Augusta State Medical Prison before being employed by the Richmond County Correctional Institute (RCCI). He drove for W. H. Mays Mortuary sometimes as well.

John met Phyllis L. Lewis when they were sophomores at Laney. They became good friends and eventually began to date when they were sixteen years old. They were engaged Five years later and were married on August 31, 1985. five years later, their daughter, Briana Sharee, was born. Two years after that, their son, Brandon Sharrod, was born; thus creating a warm and loving family.

John’s earthly journey ended on Sunday, October 11, 2020. He is resting in eternal peace with some of his loved ones and friends.

Send flowers to the service of Mr. John H. Thomas