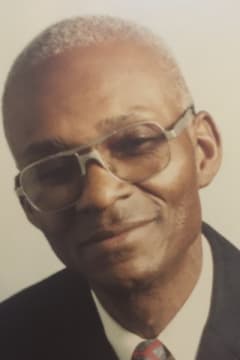 His devotion to his family, his firm belief in God, and his lifelong commitment to service leaves a legacy that will long be remembered in the hearts of his family and friends.

Robert was born to the late Jim Wilson and India Watson Wilson in Thomson, GA on January 13, 1929. After his primary and secondary education, Robert entered the workforce. He spent several years in confection production before starting a career in the newspaper industry. A testament to his inviolable work ethic, Robert retired from Morris Communications in 1997 after twenty years of service.

Robert was also a dedicated family man. He married Lillie O. Robinson and their union was blessed with one daughter. Robert helped raise her with patience, discipline, and compassion. That same compassionate heart was also the cornerstone of Robert’s faith which he demonstrated as an active member of Trinity Christian Methodist Episcopal Church in Augusta, GA. He was a longstanding member of the usher board and served the congregation in various capacities for more than twenty-five years.

An avid bicyclist and walker, Robert was known for his kind and calm demeanor. He often offered homespun wisdom with a measured candor. He is dearly missed by his loved ones, who celebrate the fact that he is at peace with his creator.

Robert is survived by his devoted daughter and son-in-law, India Wilson Walker and Michael Anthony Walker of Macon, GA; his grandchildren Michael Anthony Walker, II of Miami, FL and MiKayla Arnae’ Walker of Macon, GA; and a host of nieces, nephews, cousins, and friends. He was preceded in death by his sister, Mary Martha Wilson, and his brothers, Freddie Wilson and James Wilson.

Send flowers to the service of Mr. Robert “Bob” Wilson