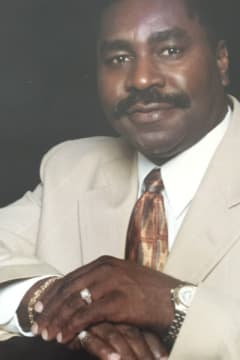 Robert James Leverett was born April 30, 1951 in Augusta, GA. He was the 10th child and baby boy of the late Willie Sr. and Lillie Mae Butler Leverett.

Robert first met and accepted Christ at Olive Grove Baptist Church, where he was converted and baptized at an early age. There he received his Christian foundation to build his steadfast faith in the Lord Jesus Christ. Robert received his early education in the Richmond County Public School System and was a proud graduate of T.W. Josey High School, Class of 1969. His love for Josey and the class of 69 was evident in his dedicated involvement. He continued to serve as a member of the Class of 1969 and was highly active in class events, alumni activities, Homecomings and class reunions.

Upon graduating, Robert begin his working career with Menardi Southern, Columbia Nitrogen, and after years of exuding a great work ethic and dedicated service, he retired in 2011 from PCS Administration. After retiring, Robert was able to spend his time doing what he really enjoyed, helping others and spending time with his family and friends.

As a result of his retirement, Robert used time given him to become a servant leader. He served as a board member of the Laney Walker Development Corporation and was currently serving as the board President. He was also a member of the Spanish Trace Neighborhood Association and worked with his neighbors to bring a sence of pride to his neighborhood. As a faithful servant, he worked diligently as a Trustee at Olive Grove Baptist Church.

Robert was a man of character, integrity, humility and kindness. He lived a fulfilling 69 years and was the same strong and selfless man down to his final moments. He touched many lives as a father, son, brother, uncle, cousin and friend. He loved his family unconditionally and was always willing to lend a helping hand. He was a giant advocate for his daughter, nieces and nephews; always providing counsel, motivation and encouragement for them to be their best. Robert was a remarkable handyman and used his skill, time and resources to help his family, friends and neighbors. He loved his family and gave so much of himself, always.

He was preceded in death by his parents, brothers Freddie Leverett and Ruben Leverett and sister Ernestine Mason.

Send flowers to the service of Mr. Robert James Leverett