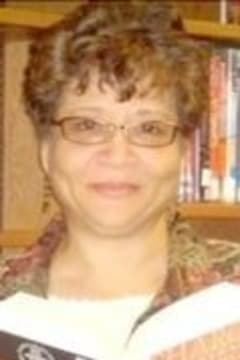 Augusta, GA—After a valiant two-month battle with an illness caused by a massive stroke, the Lord sent His angel to guide Cheryl Tutt Bennett as she left her earthly home, on Martinique Drive at 4:50 a.m. on Thursday, May 21, 2020, for her heavenly home.

Sherrie, as she was affectionately called by her family and Mimi by her grandchildren, was a kind, loving and compassionate Christian woman. Sherrie was a sweet spirit who loved her family dearly. She had a positive impact on everyone she met. Although profoundly serious most of the time, she had a sense of humor and enjoyed making others laugh.

Cheryl was a native Augustan and attended public schools in Richmond County and graduated from Lucy C. Laney High School in 1973. After serving in the United States Air Force, she returned home and received a B.S. Degree from Paine College and a Masters Degree in Library Science from Cambridge College in Boston, Massachusetts. Cheryl worked as a Visitor's Specialist for the Department of Industry and Trade for over five years. Her teaching career began at Morgan Road Middle School and later taught at Lucy C. Laney High School. She retired as the Media Specialist at Glenn Hills High School in 2011.

At an early age she accepted Christ and was baptized at Good Hope Missionary Baptist Church. Later she joined Greater Mount Canaan Baptist Church to be with her husband. Over the last ten years she was a member of Tabernacle Baptist Church where she enjoyed attending Bible study.

Cheryl was a member of Zeta Zi Omega Chapter, Alpha Kappa Alpha Sorority, Incorporated where she served on the scholarship and HBCU 4 Life committees.

Sherrie was a dedicated, wife, mother, and grandmother. She treasured her role as Mimi and could not wait to see her grandchildren. She cherished every moment she spent with them. Sherrie was devoted to her extended family, checked on them often and was always there when needed.