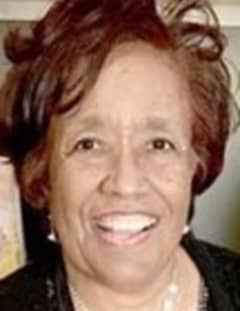 Vonda spent her formative school years at Mrs. Cobb's Mother Goose nursery school and the Bethlehem Community Center for kindergarten. Vonda then attended Immaculate Conception Catholic Academy from 1st through 10th grade. Even in elementary school she excelled in athletics especially baseball and basketball. This is evidenced by her playing "street" baseball with the neighborhood boys where she was usually the only girl on the mound. After 10th grade she transferred to Aquinas High School where she graduated in 1969. She was an active member of the high school and played Women's Varsity Basketball where she was pivotal part of the conference champs taking them to the State Championships for the first time.

Vonda attended Xavier University in New Orleans, Louisiana, where she was a standout player for the Women's Gold Nuggets and earned a Bachelors of Science in Health and Physical Education. Vonda also earned her Masters in Educational Studies from Nova University and Masters in Administration from UNLV. After graduating from Xavier University, she was recruited by Clark County School District, Nevada's largest school district, to the new mega school, Eldorado High, to be a Health & Physical Education instructor and the Head Coach of their Varsity Women's Basketball team. Under her leadership from 1973-1989, the school's women's basketball program became one of the most competitive schools in the state. Just four years into her tenure Eldorado High School won its first State Championship! Her first group of ball players became the first of a long legacy of competitive and successful young ladies both on the court and in life.

Vonda never missed a good party, graduation, holiday, or wedding especially if it involved good food, friends, her players and her family. Her loving and lasting memories will be cherished by her sisters Melody Denise Quinn Kenner (Thomas) of Stone Mountain, Angelus Marie Quinn Abraham (Michael) of Martinez, Georgia, and her nieces Nichelle Protho and Traci Browne (Rosh) and nephew Brian Kenner (Sylvie). She loved to be around her great nephew, Mason Browne and great niece, Kendyl Browne both of Stone Mountain, Georgia. She will especially be missed by her dear friends Arleta "Terry" Bright, Avis Steward, Stephanie Navarre, Sheryl Monroe Jones (Lynne), Edith F. Kelsey, Willie Mays and John Townsend. She will be forever remembered by a host of additional cousins, relatives, friends and her "girls" from the Eldorado HS Women's Basketball team who will never ever forget her.

The wake for Vonda Quinn will be Friday January 17th at W. H. Mays Mortuary from 5-7pm. Funeral services will be held Saturday January 18, at St. Mary's On the Hill Catholic Church from 1:00 pm. Interment immediately after at Cedar Grove Cemetery. The repast will be held at 3:15pm at Candler Memorial Library on the Paine College Campus.

Send flowers to the service of Vonda Quinn