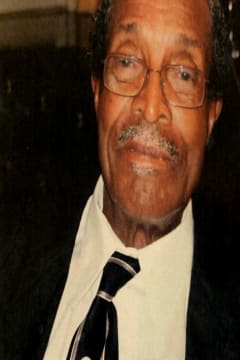 Mr. Rubin G.D. Clark, affectionately known as "Will Lut," was born on October 20, 1926 in Bolivar County in Shelby, Mississippi. He was the seventh-born child and the youngest son of the late Charlie Sie Clark and Ella Odessa Riley Clark. As a young child, following the death of his mother and infant twin sisters, he moved to Attala County, Mississippi in 1930 with his father and older siblings where he was raised by his grandmother, the late Fannie Sudduth Clark. His siblings would later precede him in death.

At an early age, Rubin confessed Christ as his Savior and joined the Hill Spring Missionary Baptist Church of Sallis, Mississippi where he was a faithful member who served as a deacon, church secretary, and Sunday School teacher. Hill Spring could always depend on Rubin to serve in any capacity where he was needed. He was a willing servant who used his talents to work for God. In October 2013, he was honored by his church with a service award recognizing his life-time commitment to kingdom work.

In 1943, he met Allie D. Burt who he would later marry. The couple united in holy matrimony on Christmas Eve, December 24, 1949. On December 26, 2009, they celebrated their 60th wedding anniversary in front of family and friends with a vow renewal ceremony. They remained married for nearly 72 years until death did them part. To this union, seven children were born-four sons and three daughters. His eldest son, Dwight Clark preceded him in death in June 2020.

In the community, he was a member of the Cox Masonic Lodge No. 15 of Sallis where he served as Worship Master.

For many years, he worked at International Paper Company. Rubin was well-known as a skilled farmer who was hard-working and committed to sowing seeds for a bountiful harvest and producing good fruit in both the natural and spiritual. Rubin was self-less and embodied God's Word in Philippians 2:4-Do nothing out of selfish ambition or vain conceit, but in humility consider others better than yourselves. Throughout his life, Rubin could often be found on his knees in prayer each morning. He taught his children the importance of the Bible. He loved his family--frequently and softly encouraging them to "Always pray to the Lord."

Rubin transitioned from this earthly life at his home in McAdams, Mississippi to be with his Father in Heaven on November 10, 2021. He will forever be lovingly remembered and cherished as a quiet, soft-spoken, humble, and godly family man.

He leaves to mourn his passing yet eternally grateful for precious memories of his kind spirit: his wife, Allie D. Clark; three sons, Randy (Nannette) Clark of McAdams; Charlie(Joyce) Clark of Jackson, MS and Tyrone Clark of Terry, MS and three daughters: Margrett Davis of Jackson, MS; Gloria Keeler of Austin, TX and Mechell Clark McCrary of Columbus, GA. Also left to cherish his memory are 14 grandchildren; 16 great-grandchildren; a host of nieces, nephews, cousins and friends.

Send flowers to the service of Rubin Clark

Honor the life of Rubin Clark