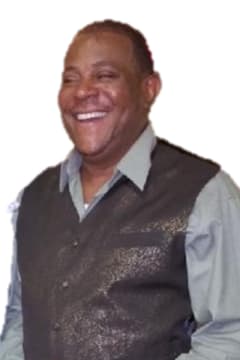 On Tuesday, November 28, 1958 Derwin Eugene Sowell nicknamed “Nokie” was born to the late Laura Etta Harris. He was one of her six children. He confessed his trust and hope in Christ at an early age at Walters Clements A.M.E.Zion Church. He graduated from Thomas Jefferson High School and left Kentucky to pursue the beginning of his career working for Motorola, Inc. in Schaumburg, IL. Using his transferable skills, he was one of few to become a part of the merger integration with Honeywell where he spent over 35 years innovating, creating, becoming an International Executive Project Manager, where he would later relocate to Dallas, TX, to learn how to turn ideas and dreams into reality.

Nearing his retirement, he moved back to Louisville, KY to take care of his mother and spend more time with his children and extended family. He mentored his older grandchildren and others and gave them opportunities to learn, make money and gain life skills. He spoiled the younger ones with hugs and kisses. In his spare time, Nokie enjoyed traveling, renovating, decorating, socializing and dressing nicely. Regardless of how busy of a schedule he committed to, he made it known to all the importance of spending time with family.

Awaiting him beyond the pearly gates are: his mother, Laura Etta Harris, his stepfather, Earl Harris, his brothers, Kerry and Keith Sowell, and his grandson, Darius Robertson.

Derwin Sowell unexpectedly departed this life known to us in his home on Tuesday, July 14th, 2020. His legacy will be remembered by his son, Derwin (Chandra), his daughters, Kimberly (Demond), Nokita (Benjamin) and Jirrodda (Michael), ten grandchildren and three great-grandchildren, 1 sister, Renee King, 2 brothers, Vince Sowell, and Boris (Renita) Sowell, a large extended family with both the Waller and Bartlett families, and a host of cousins, nieces, nephews, and friends. He truly believed all families could be embraced.

He was a loving son, father, grandfather, brother, cousin and friend. He hardly met any strangers and was known for his generous and giving heart, wealth of wisdom and willingness to listen. He also had a whistle that could parallel any instrument. He will be greatly missed.

Send flowers to the service of Derwin Eugene Sowell