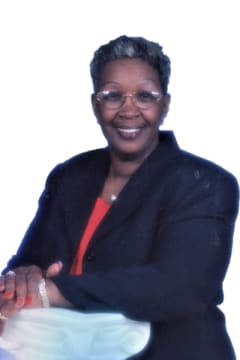 Janet Marie Davis was born November 28, 1945 in Louisville, Kentucky, lovingly raised by Johnnie and Ophelia Gray. She was the oldest of five children.

Janet was a product of, and educated, in the Jefferson County Public School System.

At an early age, Janet accepted Christ. Later in life, she became a member of Mt. Zion Baptist Church, where she played an active role serving on the Greeter’s Ministry, and on the Usher Board. She was known to occasionally “spoil” the Pastor, and provide him with her famous and delicious Turnip Greens. These were greens that could not be resisted.

Janet was united in Holy Matrimony to William C. Davis, Jr., and to this union, four children were born.

Bowling, a competitive game of cards, leisure traveling, mouth-watering cooking, and listening to “old school music”, were Janet’s pastime activities that were entertainment for her. She also enjoyed socializing and being with friends as a member of the O’Hett’s Club and The Derby Fillies.

Janet will surely be missed!

Send flowers to the service of Janet Marie Davis