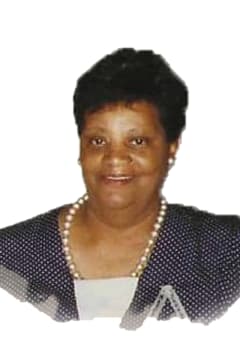 Margaret Savannah Mitchell-Johnson, beloved wife, mother, sister, grandmother, aunt, cousin, in-law and friend to many, was born September 4, 1932, during The Great Depression in a small rural town in Green County, Kentucky, called Greensburg. Her proud parents were Liza and Leonard Mitchell, and she was raised alongside her four siblings. As a young girl, she found herself in the center of a storm of prejudice and inequality where she and her siblings attended a segregated elementary school in Greensburg. There were nine colored schools in Green County but no high school for them. Therefore, it was costly and a hardship on families to send their children to high school. As a result, the Green County Board of Education formed an agreement with Campbellsville Board of Education for the teaching of Negro high school students in Campbellsville. Margaret was on the right side of history and was able to make the trip to Durham High School for her secondary education. Along the way, she learned perseverance and appreciated the value of a good conversation which remained with her for her lifetime because she was so easy to talk to.

Margaret was a faithful woman who met every description of a lady. She believed in Our Lord Jesus Christ and provided a Christian home for her family. In 1993, she joined St. Bartholomew Catholic Church.

Then she provided her granddaughter, Monique, with a Catholic education. Margaret devoted her time to her faith and would spend hours with her sister in-law, Aunt Bell, a devout Catholic, asking questions about her Catholic faith. Margaret studied the Catholic catechism with her niece, Nene, and together the three of them would attend many Archdioceses of Louisville events.

Holy Matrimony bloomed on September 20, 1952, when Margaret Savannah united in marriage to John Richard Johnson. They were happily married for 67 years, and to this union they were blessed with two sons, Clifford and Richard and a baby daughter, Ann. Margaret was devoted to her family and remained close to them her entire life.

She could be described as a good listener, thoughtful, less impulsive, trustworthy, self-sufficient, and a bit shy. Margaret was a homemaker who embraced her family, encouraged her children, and enjoyed activities away from home such as bowling, shopping, and traveling. In the early 60’s, she worked in manufacturing for the Indiana Army Ammunition Powder Plant in Jeffersonville, Indiana. Ultimately, she was the General Manager for her family owned business, M & J Market. Later, she was an advocate for her granddaughter, Monique who she adopted and raised. Often, she expressed the things she wanted Monique to achieve in life as well as for all her grandchildren too. Her caring advice produced a family of individuals that helped others.

Left to cherish her memories are her two sons and their spouses, Clifford Joseph and Delores Johnson and Richard Lee and Deborah Johnson, all of Louisville, Kentucky; two sisters-in-law, Christine Mitchell of Greensburg, Kentucky and Mae Laird (Henry) of Louisville, Kentucky; and a host of nieces, nephews, cousins, and friends who will truly miss her immensely. Undoubtedly, the apple of her eyes were her grandchildren and great-grandchildren who were a blessing, a gift from heaven, precious angels, to cherish and love: four grandchildren, Bertina Marie Johnson, Chad Johnson (Mary), Dawn Leslie Johnson, and Monique Johnson; and ten great-grandchildren, Dante Johnson, Amaria Johnson, Isaish Johnson, Ty’Ray Johnson, Alycea Alexander, Daylon Johnson, Avree Johnson, Raven Johnson, Scarlett Johnson, and Sean Wright.

Send flowers to the service of Margaret Savannah Mitchell Johnson