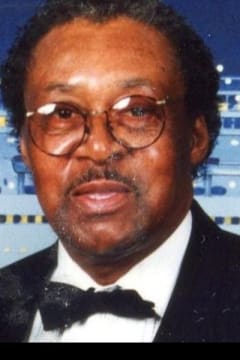 Paul Edison was born on July 3, 1933. He was the oldest of two children born to the late Marion and Verdis Edison in Adairville, Kentucky. Paul was preceded in death by his brother, Lawrence and his only daughter, Larcada Edison. Paul was confirmed as a member of St. George Episcopal Church, Louisville, Kentucky, on March 4, 1990 and served for many years on the St. George Community Center Board.

Although Paul was born in Adairville, Kentucky, he spent most of his formative years on a farm in Auburn, Kentucky with his aunt and uncle. It was here in this small farm community that Paul developed amazing work ethics. Paul graduated from Lincoln High School in Franklin, Kentucky.

Paul was a man who wore many civic hats. He was a member of Shawnee Neighborhood Task Force, Frankfort Avenue Business Association with Russ Maple, TARC Credit Union Board of Directors, Kentucky Colonel, Jefferson County sheriff, a mason in the Masonic Lodge (Damascus) and The Shriners.

One might say that Paul was a workaholic and that would be an understatement. Paul loved to work and anyone who came in contact with him could witness those values. His first job was at the Brown Hotel as a waiter and from there he secured employment at Coca Cola, and General Electric. Paul worked simultaneously at TARC (Transit Authority of River City) and Park DuValle Community Health Center; but upon retirement from TARC, Paul continued working part-time at Park DuValle.

Just as Paul was a man with tremendous work ethics, he was just as devoted to spending time with his family, especially the grandchildren and greats. He loved everyone of them and never missed an opportunity to encourage them to always pursue their dreams and always be the best they could be.

Send flowers to the service of Paul Edison