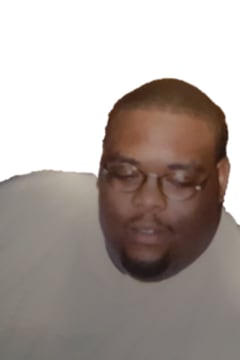 Phillip is survived by his parents, Rhonda and Mark Rivers; ; his brother, Maurice Rivers and wife Heather Doan-Rivers; his sister, Sheree Rivers; his child, Jamieon Smith, his life partner, Tammy Moore; and his nephews, Austin Rivers, Anthony Rivers, Christopher Rivers, and Brandon Rivers. He is predeceased by his grandmothers, Nancy Smith and Alvina Rivers, his grandfathers, Claude Smith, and Thomas Rivers.

Phillip was born on April 15, 1977, to Rhonda and Mark Rivers. He graduated from Clarksville Senior High School. After high school, Phillip entered the work field and later became a Corrections Officer for Roederer Correctional Complex.

Phillip was never married, but entered into a life-long partnership/friendship with Tammy Moore. On July 15, 2001, respectively, he welcomed his son Jamieon Smith, who was the most important part of his life.

Phillip was a devoted father, football fan, and motorcyclist. Phillip was an avid football fan as he cheered on his favorite teams which were the Louisville Cardinals and the New England Patriots. Not only was he a fan, but he also played as a member of the high school varsity football team. He even went so far to get the chance to coach his son during his eighth grade year as he plays middle school football. He also went on to work as an assistant coach at Iroquois High Football as well. He was such a proud father. He was able to stay with us long enough to see his only son graduate from high school, and finish his high school football career at Moore High School. Phillip loved his son, and the two of them are spitting images of each other. We know that no matter what Jamieon decided to do in life that Phillip would be very proud. With that being said, very little could compete with the love that Phillip had for his son. Only one was able to get close, and that was his love for riding motorcycles. He enjoyed riding his motorcycle all over the country to different bike rallies. Riding gave Phillip a sense of freedom. It was just him and his hog on the open road. Nothing and no one could say or do anything to him when he was on his motorcycle. Phillip eventually joined a few clubs, but it was him joining the motorcycle club, Naptown Riders, which gave him a sense of family outside his immediate family. There is so much more that we can say about Phillip, but we will end here as it is hard to sum up someone’s life in just a few paragraphs. Each and every one of those reading this will have a special memory of Phillip, and we ask you to keep them in your hearts and mind as you remember Phillip. Phillip will be deeply missed by his family, friends, and all that knew him. May he rest in eternal peace!

Send flowers to the service of Phillip De-Carlos Smith