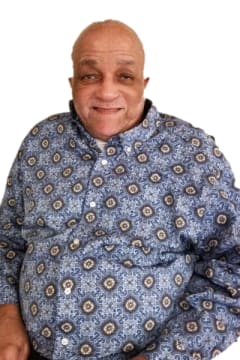 William Alexander Jackson was born in Louisville, Kentucky, to the late John and Dorothy Jackson. He was a loving son throughout his life and chose to unselfishly care for his mother until she died although he had his own health issues. William also served for our country in the United States Army. He also worked for and retired from Brown Foreman Company.

Kindness was how he lived his life, and it was quite evident when after being diagnosed with cancer, he told no one while he continued to diligently care for his mother until her passing because her care was far more important to him. When his health failed, he lived at both Regis Woods and Dosker Manor. He was happy and contented there and thought he was living in an apartment. William faithfully attended their worship services that were provided for the residents. He did not let his health get in the way of worshipping his Lord that he loved so much.

As mentioned, he loved all of his family dearly, but there were three, a great nephew and two nieces, Johnathan Cosby, Chrystal Brown, and Jericka Harris, who were genuinely loved by him and held dear to his heart. He will be missed by all of us. William Alexander Jackson, 81, died Thursday, July 23, 2020. He was preceded in death by: his parents, John and Dorothy Jackson; four brothers, Warren Jackson, Louis Jackson, Samuel Jackson, and Edward Jackson; and one sister, Joann Trowel. He is survived by: one brother, Pastor Donald Jackson (Janice); two sisters, Juanita Fowler and Pauline Rudisel (Leonard), and a host of nieces and nephews.

Send flowers to the service of William Alexander Jackson