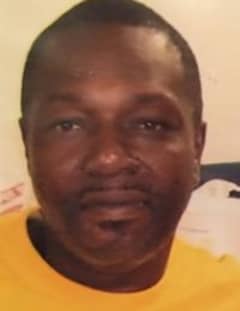 At an early age, he joined and was baptized at St. Phillips Baptist Church in Fairfax, South Carolina. Donald was educated in the Allendale County Schools and was a graduate of Allendale - Fairfax Class of 1977.

Donald joined the United States Army and served as an Infantry Soldier for over seven years. While serving, he returned home and married Terry Ann Myers and to this union four children were born: Donald Jr., Terrell, Christopher and Linda. After his honorable discharge, he was later employed as a police officer in Brunson, South Carolina and Estill, South Carolina. He was also employed with the Allendale County Detention Center.

Don had a passion for working on cars and later became a community mechanic and worked at Polk’s Muffler and Brake in Hampton, South Carolina.

He entered into eternal rest on Thursday, February 20, 2020 at the Augusta University Medical Center in Augusta, Georgia.

He was preceded in death by his brother, Albert Lewis; and three uncles: Richard Bowers, South Bowers and Matthew Dobson.

Friends may call at the residence of his mother, Jannie Milledge at 222 Gray Road Allendale or at the funeral home.

Send flowers to the service of Donald Lewis