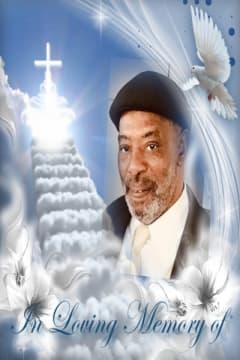 Franklin Eugene Barr, son of the late James A. and Christeen P. Barr was born on Tuesday, June 7, 1960 in Dillon County, South Carolina.

Franklin received his education in the public schools system in Dillon, South Carolina. He loved the Lord, making people laugh, and watching the Lakers and Eagles play. He was a member of Door of Hope Christian Church, Marion, South Carolina.

He was employed at Doug Miller Plumbing and Electrical for thirty plus years until his health failed. He will be greatly missed and fondly remembered by others for his joyous spirit and infectious laugh.

On Thursday, February 19, 2021, he gained his wings with his devoted wife, Juliette Barr, by his side. He was preceded in death along with his parents; his son, Nicholas Eugene Barr.

Send flowers to the service of Mr. Franklin "Gene" Barr