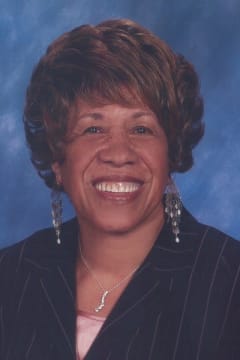 Amelia Glenn, youngest daughter of the late John and Sallie McLean, died Saturday, August 1 at home in Rochester, NY. She was close to 88 years old. She was the 12th child of 13 siblings. Amelia received her formal education at Lee County Training School and W.B. Wicker High School where she graduated in 1951. Amelia joined Cameron Grove A.M.E. Church in Broadway, NC at a very early age. After graduation, she moved to East Orange, NJ and in 1956 she moved to Rochester, NY where she lived until her departure from this earthly life. Amelia worked a number of hospitality & food service jobs over the years including the Stouffers Hotel/Rochester Plaza. Amelia served many years as a poll worker assisting with voting.

She formally joined New Bethel CME Church in 1963 under the pastorship of Rev. Raymond L. Graves. She served faithfully for over 50 years first as a member of New Bethel’s Stewardess Board then later joined the Missionary Society and Senior Choir. She held these posts until retiring in 2018. She faithfully manned the food pantry until she could no longer use the stairs. In 2003, Rev. Graves presented Amelia with the “Mother of The Year Award.”

Send flowers to the service of Amelia Glenn

Honor the life of Amelia Glenn