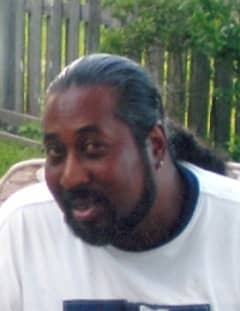 For God so loved the world that he gave his one and only Son, that whoever believes in him shall not perish but have eternal life. John 3:16

Elder Michael Roman, was born on September 28, 1955 in Atlanta, Georgia to the late RT Roman and Mrs. Ruby Roman. He was the fifth son of six boys from RT Roman and Ruby Roman.

Michael had several jobs, he worked for Map International and Anthem Properties as well as other companies. Michael was always an asset to the companies he was employed by and decided to follow his passion for business which led him to various entrepreneurial ventures. He opened a Dairy Queen Bar Restaurant and he also opened an Insurance Company. He later started back into home improvements and home restoration which was one of his greatest skill set. Michael was a great contractor and could work magic on any project he touched. His touch with home restoration was “UNBLEIVEABLE!” Whatever he did in life, he always did his best. He had a heart of gold and would give his last to anyone.

Having responded to the call of God to Christian Ministry and having satisfied all the Biblical requirement for ordination as an Elder. He became Elder Michael Roman on April 10, 2011.

He was preceded in death by his father, RT Roman and his brothers, Artlas Roman, Jr, Elonzo Roman, Lorenzo Roman and Benjamin Roman.

Send flowers to the service of Elder Michael "The Macaroni" Roman

Honor the life of Elder Michael "The Macaroni" Roman