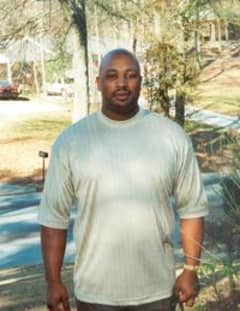 Mr. Lloyd T. Swain,II 44, was born June 6,1971 to Mr. Lloyd T. Swain,Sir. and Mrs. Bonita Hardy Swain in Atlanta, GA. He Confessed Christ at a young age and attended Central United Methodist Church. He grew up in Atlanta and attended Clifton Elementary and Druid Hills High Schools. He is an Alumnus of Clark Atlanta University. Before graduating from Clark AU, Lloyd T. Swain, II answered the call to serve his country when he entered the United Stared Army in 1990, serving in the 3rd Infantry Division at Ft. Stuart Georgia. During his diligent service to his country, Lloyd Jr. performed combat assignment in Germany, Bosia and Iraq. He loved being a soldier. and loved protecting his men. He retired from active duty in 2000. He also loved being a Bounty Hunter (his claim to fame.

Affectionately called Lloyd, Jr. or Little Lloyd, he was a well-rounded person. He was both an accomplished athlete, Participating in football, swimming and track and field. and a lover of the arts and music. He also loved his motorcycles and cooking. He especially loved barbecuing for his family reunions and preparing meals for his parents. In additions , Lloyd Jr. was highly respected by all he came in contact with, including these Social Organizations and associations where he was a member.

Send flowers to the service of Lloyd T. Swain, Jr.