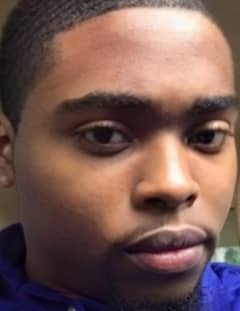 On Friday, January 17, 2020, the Angels arrived to take Bryce home to be joined with his spiritual family: father, Charles D. Metts and sister, Kirsten Patrice Metts. Bryce was the youngest of three sons including Chase Nicholas Metts and Jordan Anderson Metts.

Educated in the Clayton County School System, Bryce enjoyed sports and was an avid athlete. He was competitive and prided himself on being the best at playing football, baseball and basketball. He studied at Georgia Gwinnett College and was exploring his options for a permanent career at the time of his death.

There were so many wonderful aspects to his life, and many ways that he touched our lives. Bryce will be remembered as a phenomenal son, brother, grandson, nephew, cousin and a great friend. He leaves his family and friends heartbroken, as we were waiting to see his full potential.

Final arrangements have been entrusted to Grissom-Clark Funeral Home.

Send flowers to the service of Mr. Bryce G. Metts