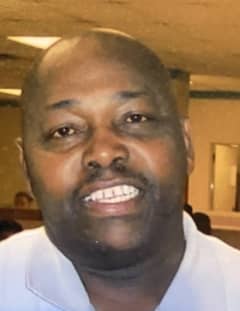 Corenthus a.k.a “Bro,” was raised in Cordele, Georgia with his family. At an early age, he joined Saint Paul Presbyterian Church where his mother and other family members were very active members.

He started his education in Crisp County Public School System and graduated from A.S. Clark High School. After completing high school, Corenthus, Jr. began college at Fort Valley State University where he graduated with a degree in Political Science.

Entering the military, Corenthus began basic training at Fort Jackson in the United States Army. He trained as a drill sergeant and also served in Vietnam War before being honorably discharged. After serving in the military, he worked for United States Postal Service where he retired as a Postal Supervisor.

He was joined in holy matrimony to Deloris Owens, where they remained married until his death. Corenthus loved a good joke, sports and especially the Dallas Cowboys.