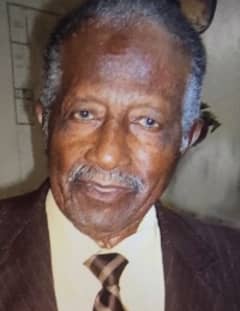 He was educated in the Durham City Schools graduating from Hillside High School and North Carolina College (NCCU).

He married his Jr. High/High School sweetheart, the late Josephine Mitchell and to this union was blessed with three children, the late Carolyn Plummer Williams, the late Pastor Artis Plummer, Jr. and Dr. Charles W. Plummer.

While at Hillside High School, he was a star player of the ’43 Hornets football team that went undefeated, untied and unscored upon. After playing college football and baseball at J.C. Smith University and NCCU, he played Negro League baseball.

He opened Art Sign Company in 1954 and in addition to other business ventures was active in the community serving many years on the Durham Housing Authority.

For nearly 50 years he was an active member of Ebenezer Baptist Church and served there in many capacities. He later joined Greater Emmanuel F.G.B. Church founded by his son.

Mr. Plummer served in many organizations and received numerous awards. He was well known for his generosity, love of people and community especially for Durham and NCCU.

A visitation will be held at Greater Emmanuel F.G.B. Church, 4124 Fayetteville St. (Durham) on Friday, March 15th, 7-9 pm. Homegoing services will be held at St. Joseph A.M.E. Church, 2521 Fayetteville St. (Durham) on Saturday, March 16th, 11 am visitation and services begin at Noon. Interment will be in Glennview Memorial Park.

Send flowers to the service of Artis Plummer, Sr.