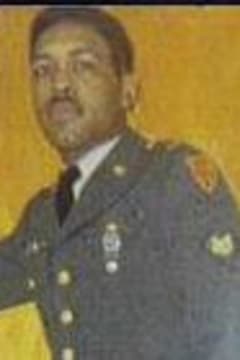 On Wednesday, August 25, 2021, God in His Infinite wisdom saw fit to call from labor to reward the soul of Mr. Rufus Leroy Hayes. He was born in Beckley, West Virginia on April 7, 1946 to the late Mr. Levi and Mrs. Gracie Spencer Hayes. Rufus was educated in the Rockingham County Public School System. He was drafted in the US Army in 1969 and served duty in Germany where he was promoted to Sergeant. He received an honorable discharge in 1971. He retired from Hertz Penske Transportation Company after many years of faithful service. He was a Shift Supervisor, Certified Lead Mechanic and Certified Diesel Trainer for over 30 years. His work ethics were impeccable and he obtained many diesel technician certifications and service awards throughout his career. Rufus was a kind and loving man with a gentle spirit who loved his family with a passion and he was an excellent provider for them. He was given the nickname "Man" while he was a young boy back in West VA, because of his self-determination, motivation and will power. It is only befitting that he carried this name because he was loved and respected by all who knew him regardless of age, race or gender. "Superhero", He lived by the words, "I might give out but I will new give up". Everyone looked up to him and his name and reputation superseded him throughout his life. God blessed him to touch the lives of so many people in so many ways. Rufus believed in our Lord and Savior, Jesus Christ. He was blessed to demonstrate his faith and trust in God on a daily basis as he went through life putting God first and loving and providing for Shirley, Teika and Steven. He was their knight and shining armor and he was Teika and Steven's superhero. He was a provider and caregiver t all who called him Son, a best friend to all who called him Brother and a father to all who called him Uncle. He was a helping hand to all who called him friend. Rufus was a gifted and talented man of many occupations. He not only was a diesel and automobile mechanic but he also was an electrician, plumber and carpenter. God blessed him with many talents and he shared those talents with so many families and friends in their time of need. he was always willing to lend a helping hand and he never boasted or bragged about how and how he helped. His hobbies were gardening, fishing, boating, drag racing, race car driving and building race car engines.

Send flowers to the service of Rufus L. Hayes