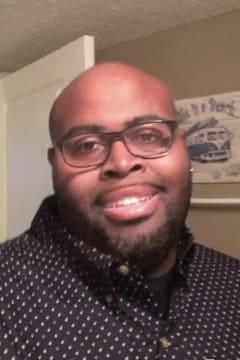 Steven Marque Leak, known to family and friends as “Marque”, was born January 29, 1978 in Wadesboro, North Carolina to Betty Lindsey and Steven Leak. He was called home to a peaceful rest on June 29, 2022.

He attended and graduated from Anson Senior High School in 1996. His love of sports gave him the pleasure of playing football for the Anson Bearcats during his high school years. He was also an elite member of their wrestling team. Marque continued his love for sports by coaching the Anson Bearcats after his senior graduation. He was a number one fan of the Buffalo Bills Professional Football Team and the Clemson Tigers College Football Team.

Marque served his community by mentoring the Anson County youth, and spent numerous hours alongside his wife, Lauren, assisting the homeless population in Mecklenburg County.

He accepted Christ at an early age and was an active choir member of Liberty Baptist Church in Waxhaw, NC. He truly LOVED the Lord.

Marque was a loyal employee for 11 years at “Shred-It” where he took pride in his work and met many new friends.

Marque will be greatly missed. His smile lit up the lives of all who knew him.

Face Mask/Coverings are REQUIRED to be worn.

Send flowers to the service of Mr. Steven Marque Leak