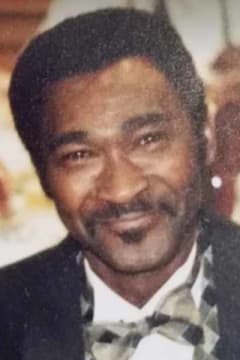 Mr. Bobby Hue Wilson began this life on Wednesday, May 21, 1947, to the union of Sheppie Wilson and Lovell Fuller Wilson in Sycamore, Alabama.

Mr. Wilson was a member of Faith Temple Ministries under the leadership of Pastor James L. and Co-Pastor Cathy Curry. He attended school in Sycamore and was a graduate of Westside High School. Bobby was employed with Charles Calhoun, Crown Textile and Tape Craft Corporation. He enjoyed fishing in her spare time. On November 6, 1969, Bobby and the former Esther Nell Wills were united in holy matrimony and remained in covenant until her passing on March 17, 2012.

On Tuesday, June 23, 2020, Mr. Wilson began his life in eternity at St. Vincent’s East. He was preceded in passing by his wife, Esther Nell Wilson; his parents, Sheppie and Lovell Wilson; and a brother, Parnell Wilson.

Send flowers to the service of Bobby Hue Wilson