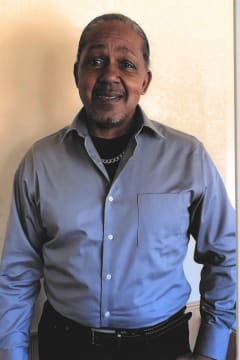 A celebration of life for Mr. Julius Rosco Parker, II of Lineville, 64, will be held at 1:00 p.m. on Saturday, September 11, 2021, at Vineyard Worship Center, Lineville. Mask are strongly advised. Pastor Cynthia Parker will deliver the eulogy. Mr. Parker will lie in state at the church one hour prior to the service. Visitation will be 1-7 p.m. on Friday, September 10, 2021, at the funeral home.

Mr. Parker committed his life to Christ and worshipped under the leadership of Vineyard Worship Center. He served in the capacity of deacon and as a technician with the audio department. Julius was a member of the 1976 graduating class of A. H. Parker High School and continued his education at Bessemer Technical Community College. Mr. Parker had been an employee with the University of Alabama Birmingham Hospital and Homeland Security as a HVAC specialist.

Rosco enjoyed watching Alabama football, skating, playing around with technology, drag/street racing, karate and detailing cars. On December 24, 1997, Julius took the hand of the former Cynthia D. Garrett in holy matrimony and they remained in covenant with God until his passing.

In the early morning hours of September 4, 2021, the Lord told Julius to come and he would give him rest. He was preceded in passing by his father, Julius R. Parker; and a sister, Michelle A. Parker.

Send flowers to the service of Julius Rosco Parker, II