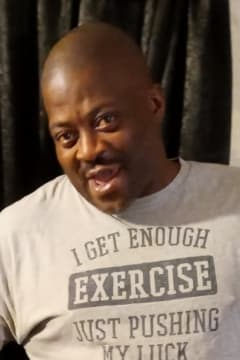 Mr. Kevin Lamar Garrett was born on July 27, 1977, to the union of M. D. Garrett and Alice Garrett in Talladega, Alabama.

Mr. Garrett united with St. Campbell Missionary Baptist Church at an early age. He was a graduate of Talladega County Central High School. Professionally, Kevin was a forklift operator with Heritage Freight. Kevin was a hard worker that enjoyed collecting and working on cars, spending time with his kids and watching Alabama football. After over 20 years together, on October 28, 2020, Kevin made things official and took the hand of Dana Michelle Carden in holy matrimony.

Mr. Garrett began his eternal journey on the evening of September 8, 2021, at Coosa Valley Medical Center. He was preceded in passing by his grandparents.

Send flowers to the service of Kevin Lamar Garrett