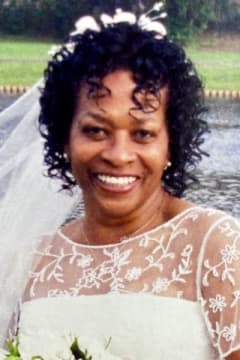 Graveside services for Mrs. Quarzella "Polly" Williams Miles, 73, will be 3:00 p.m. on Saturday, May 30, 2020 at Antioch Church Cemetery. Visitation will be held from 12:00-2:00 p.m. on Saturday, May 30, 2020 at the funeral home. Live streaming of the services can be found on the Facebook page for Terry's Mortuary. One of Polly's last request was that if any flowers are sent, please send live plants.

Mrs. Quarzella “Polly” Williams Miles was born on Monday, March 10, 1947, in Talladega, Alabama to the union of the late Jimmie Williams and Arizona Stockdale Williams.

Quarzella confessed Christ at an early age and united with Antioch Missionary Baptist Church. In her early adult years, she united with Mt. Zion Baptist Church in Boonton, New Jersey. After relocating to Kinston, North Caroline with her husband, she united with Life Changing Christian Ministry Church. Polly, as she was affectionately known by her family and friends, was a member of the 1965 graduating class of Talladega County Training School and continued her education as Fairleigh Dickinson University in Teaneck, New Jersey. She began her career in 1970 with Bell Laboratories in Boonton, New Jersey and later with Lucent Technologies in Montclair, New Jersey from which she retired in 2001. In 1990, she became a member of Bethsaida Chapter No. 7 of the Order of the Eastern Star, Prince Hall Affiliation for the Jurisdiction of New Jersey, Morristown, New Jersey. She served as Worthy Matron during the years 2007-2008. In 1970, Quarzella united in holy matrimony to Horace Lee Johnson and to their union two sons were born. In 2003, the Lord orchestrated love for a second time. Polly was united in holy matrimony to Raeburn Miles creating a loving, blended family. They made their forever home in Kinston, North Carolina.

Polly made her transition into eternal life on the morning of Wednesday, May 20, 2020. She was preceded in passing by a daughter, Kimberly Miles; her parents, Jimmie and Arizona Williams; a sister, Shirley Ann (James Robert) Edwards; four brothers, Charles Williams, Denarvette Williams, James Larry Williams and Donell (Marie) Williams; and one brother-in-law, George Miles.

Send flowers to the service of Quarzella "Polly" Williams Miles