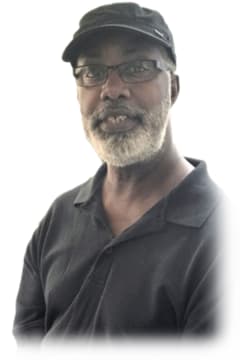 Mr. Hubert Lamar Hartsfield passed on Sunday, December 25, 2022. Visitation will be held on Thursday, December 29, 2022 from 1:00 P.M. until 4:30 P.M. at Trice Funeral Home. Funeral services will be held on Friday, December 30, 2022 at 2:00 P.M. at the George E. Trice Jr. Memorial Chapel Interment will be held in Southview Cemetery. Trice Funeral Home of Thomaston is in charge of all arrangements. Please keep the Hartsfield family in prayer. Mr. Hubert Lamar Hartsfield was born on June 7, 1950, to the late Mrs. Annie Grace Fagan Tolbert and the Late Mr. Henry Lamar Hartsfield. He received his education in the Upson County School System. When he reached manhood, he found employment with the Upson County Public Schools. He was employed as a school bus driver and a custodian with a total of thirty-six years of service. He was a faithful and dependable employee. Hubert met and courted Ms. Vera Whatley; and, on August 7, 1982, they were joined in Holy Matrimony. They took their vows seriously and shared forty years together. He was the father of three children and the proud grandfather of seventeen grandchildren. He had a loving sense of humor. He enjoyed being with his family and friends, enjoying a good meal, going to car shows, watching football, especially the Falcons, Braves baseball, watching the news and watching his westerns. He was preceded in death by his parents; one brother, Danny Ray Hartsfield On Sunday, December 24, 2022, his spirit took flight and returned to the father. His departure has saddened the hearts of his family, but his memory will live on. Hubert is survived by his wife, Mrs. Vera Hartsfield of Thomaston, GA; three children, Ms. Tarsha Hartsfield and Ms. Terri Wilkins both of Thomaston, GA and Mrs. Towanda (Cameron) Banks of Lawrenceville, GA; ten grandchildren and seven great-grandchildren; three sisters, Mrs. Yolanda (Donald) Lovett of Covington, GA, Mrs. Beverly Drake of Thomaston, GA and Mrs. Sharon Kidd of Chicago, IL: three brothers, Mr. Todd Tolbert and Mr. Ronnie Stanson both of Thomaston, GA and Mr. Henry Lamar Hartsfield Jr. of Chicago, IL; sister and brother-in-law, Mrs. Martha Andrews of Barnesville, GA and Mr. Freddie Ridgeway of Griffin, GA; one aunt and uncle, Mrs. Mildred Prater of Thomaston, GA and Mr. Edward Starling of Ellenwood, GA; a devoted cousin, Mrs. Dorothy Walker of Atlanta, GA; and a host of nieces, nephews, other cousins, relatives and friends.

Send flowers to the service of Mr. Hubert Lamar Hartsfield