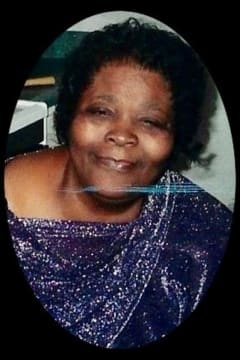 Ms. Shirley Lyons passed on Tuesday, October 25, 2022. Visitation will be held on Friday, November 4, 2022 from 6:00 until 8:00 P.M. at Trice Funeral Chapel of Barnesville. Funeral Services will be held on Saturday, November 5, 2022 at 1:00 P.M. at East Mount Sinai Baptist Church 100 Washington Street Barnesville, GA Trice Funeral Home of Barnesville is in charge of all professional services. Please keep the Lyons family in prayer.

SHIRLEY LEWIS LYONS native of Barnesville, Georgia, departed her earthly home and peacefully transitioned to an eternal home on October 25, 2022, at Eternal Hope Hospice while listening to gospel music. Shirley Lyons was a 1961 graduate of Booker High School. After working in Atlanta, Georgia, as a housekeeper, Shirley returned home to Barnesville, Georgia, and became a homemaker. As a homemaker, she nurtured and cared for several children including her own. Most people remember Shirley as a wonderful cook, baker, and decorator who could straighten hair better than any trained beautician and who also had an eye for fashion ( as evidenced by how impeccably dressed she kept all of the children under her care.) Her favorite homemaking activity was washing and ironing clothes (for a while, she washed everything by hand including bedsheets, bedspreads, and blue jeans). One of Shirley’s greatest joys was opening up her home to those in need. By doing so, many came to know and love her and affectionately called her “Aunt Shirley.”

Shirley Lyons was born in Barnesville, Georgia on April 13, 1943, to the parentage of the late John Wesley Lyons, Sr., and the late Julia Mae Rolland -Lyons. She was preceded in death by three brothers, Sam Lyons, Nevis “Water B” Lyons, and John Wesley Lyons, Jr. She was also preceded in death by a sister, Linda Sue Lyons, and her first grandchild, who was a grandson, Jonathan Lyons. There is no doubt that they are all rejoicing together in their heavenly resting place. Shirley; leaves to cherish her memory: her three daughters, Mary (Mike) Hardaway) Lyons of Barnesville, Georgia, Cheryl (Terry Tanner) Lyons of Griffin, Georgia, and a daughter who she raised as her own following the death of her sister, Linda Sue Lyons, Julia A. Lyons, BA, MPA, MS-MFT of Columbus, Ohio; nephew who she raised as her own, Ashley (Tamika) Lyons of Barnesville, Georgia; three sisters. Christine (Fred) O’Neal , Dorothy Lyons of Barnesville, Georgia, and Justina Jordan of Atlanta, Georgia; paternal uncle, Ellis (Catherine) Lyons of Dayton, Ohio; paternal aunt, Betty Jean (William) Steward of Lima, Ohio ; grandchildren, Seamonius (Curz) Holt, Tatalius Byrd, Tatree Lyons, Prince “Cody” Carter Terek Lyons, Sheraton Lyons, Arishona Lyons,and Kachar Lyons, all of Griffin, Georgia, and Jurika (DaJuan) Prater of Columbus, Ohio; Shirley was blessed with 34 great-grandchildren who will miss her dearly. Shirley had a host of nieces and nephews, close family friends, several children she cared for over the years (relative and non-relative), and cousins who will miss her presence in their lives. It is the prayer of the family that each person’s life that she touched will be able to put one foot in front of the other and act upon all of the positive life lessons she taught.

Send flowers to the service of Ms. Shirley Lyons