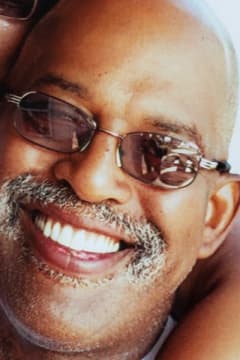 Mr. Irvin Brisker, Sr. was born in Gadsden, Alabama on December 18, 1955 to the late Mr. Jay Oney Brisker and Mrs. Quintell Posey Brisker. He was the third child born to this union.

During his childhood years he united with the Mt. Zion Baptist Church family where the Rev. Samuel Williamson was pastor. Irvin graduated from Gadsden High School in 1974. He attended Gadsden State Community College (Trade School) where he completed his studies in plumbing. He worked at the Academy of America in Atlanta, GA for 10 years. He retired from Indian River State College in Vero Beach, FL where he worked for 12 years.

Irvin enjoyed fishing, gun collecting, watching the news, discussing politics, cooking on his smoker, spending time with his grandchildren and helping as many people as he could throughout his lifetime. When he came to Gadsden to visit, he never missed an opportunity to go see all the older people that had a hand in raising him. He never failed to bring them a box of fruit or whatever was in season at the time. They were: Mrs. Pace, Mrs. Addie Lee, Mrs. Esther Kendrick, Mrs. Latham, Mrs. Mary Gray and Mrs. Carrie Bell.

His beloved family members who preceded him in death were his mother and father; Janice Gray Brisker, the mother of his two sons; and several aunts and uncles. Irvin transitioned to his heavenly rest on September 11, 2020 in Sylacauga, Alabama. Many fond memories will be cherished by those that love him; his wife, Kathy Kornegay Brisker; daughter, Janai Henderson-Jordan (Andre); sons, Jayc Brisker and Irvin Brisker, Jr.; sister, Era Vincent (Tim); brothers, Quincy Brisker (Ruby), Orlando Brisker; grandchildren, Naomi, Kaitlynn and Irvin III; 2 mothers-in-law, father-in-law, 2 sisters-in-law, 2 brothers-in-law, many nieces and nephews. He also had a host of relatives and friends; his special friends were Ronald Kendrick, Michael Gray and Michael Higgins.

Arrangements Under the direction of: West Gadsden Funeral Home 256-549-0004

Send flowers to the service of Irvin Brisker, Sr.