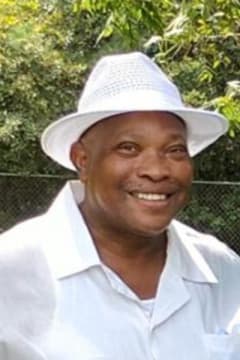 In Sylvania, he attended public school and was a graduate of Screven County High School, class of 1975. While attending, he was very active in sports, such as track-and-field and football. He excelled highly on the football field. Deacon Reddick joined the United House of Prayer for All People in the early eighties, shortly after he was made a Deacon by Elder J. Kilcrease, now Apostle Kilcrease.

In November 1980, he married the love of his life, Evelyn Reddick. He moved his family to Augusta, Georgia in 1986. He was employed by the state of Georgia for twenty-five years. After retirement, he worked for Lizziy’s Adult Daycare, where he worked with his best friend, Mr. Dyson, and enjoyed every day.

He was known to many as “Lad” and to some as “Beave”. He was a loving husband, a spectacular father to his children, and a father figure to those that didn’t have a figure in their life. He took them into his heart as if they were his own. Deacon Reddick was known for his contagious personality, smile, sense of humor, his dedication to anyone or anything he was a part of, and his passion for grilling. He was known around the city as “The Rib Man.”

Send flowers to the service of Deacon Anthony Reddick