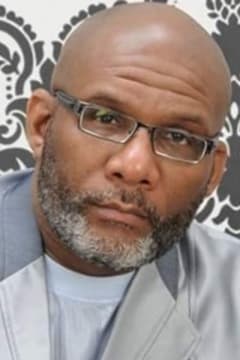 Jimmy accepted Christ at a young age and became a member of St. John Missionary Baptist Church in Terre Haute, Indiana. Upon answering the call to ministry, Jimmy served as the Youth Minister at St. John. He later moved to Louisville, Kentucky and united with Forest Baptist Church.

Jimmy has been married to Sherry Ann Hughley for the past 18 years and has spent his life devoted to her (his queen), their children, and grandchildren.

As a well-known supporter of public education, Jimmy worked as a teacher and union representative. He worked for the Jefferson County Teachers Association as Uniserv Director and was later promoted to Deputy Director. Jimmy left a lasting impact with every teacher, administrator, and staff alike. He genuinely believed in the mission and purpose of his work in furthering the goals of public education. His absence will be greatly felt as teachers have lost an amazing advocate and coworkers have lost an incredible friend.

Jimmy is preceded in death by his father, Jerome Hughley; grandmother, Corine Session; his son, Samuel Hughley; and his mother-in-law, Nancy Strong.

Send flowers to the service of James Garrett Hughley